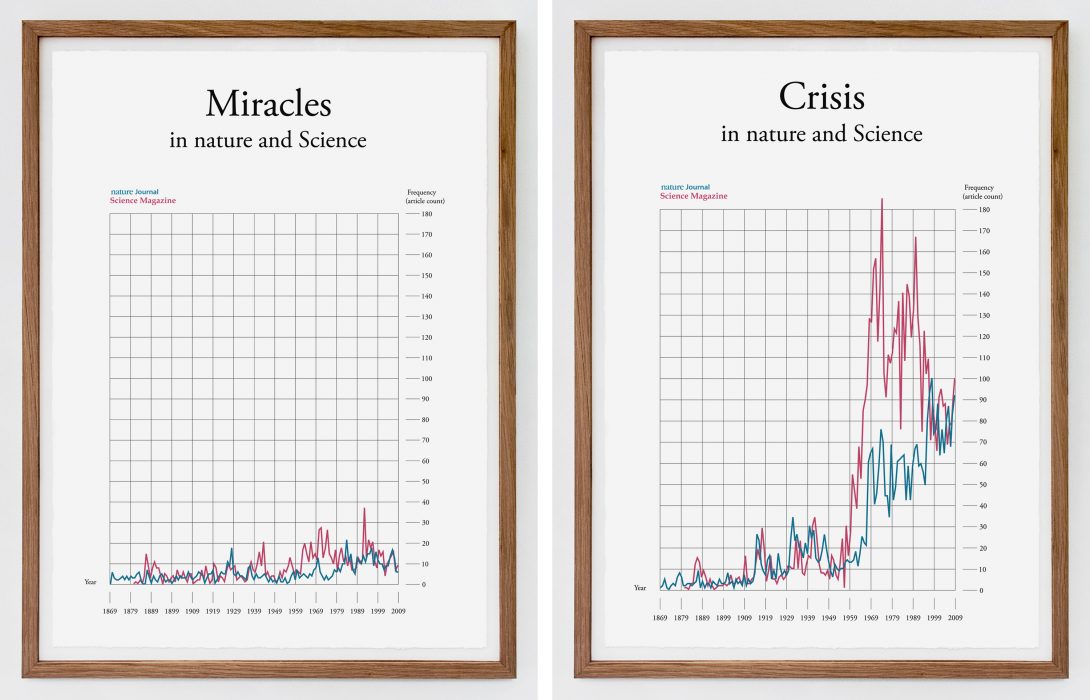 Words and Years is a series of graphs based on data from various academic journals and news magazines. The frequency of the use of certain words are mapped by searching through digital archives with the complete publication history of the journals, from the first issues up until today.

Playing with how the metaphorical meaning of the selected words changes across the fields of knowledge the source journals represent, the methodology is an oblique inquiry into how or if historical events, paradigm shifts and the “zeitgeist” is reflected in language.