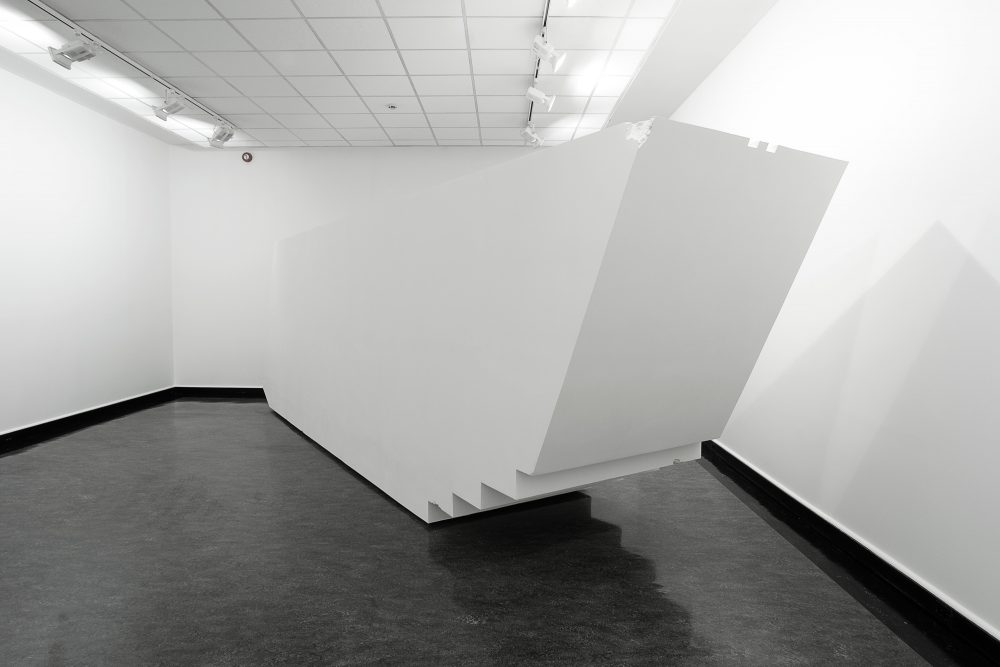 Exhibition with sculpture, drawings and lecture.

The sculpture 4D Construction is the absolutely largest object one can possibly – in one piece – get into the specific gallery space where the sculpture was shown. The object thus circumscribed the volume and architectural framework of the exhibition at Bergen Kunsthall NO5. Unlike a ship in a bottle it is not folding mechanisms that make the arrangement possible, but a precise mapping of the physical conditions of the gallery space and the paths the sculpture had to be moved through.

The works Zöllner’s Illusion & Agnes Martin’s is concerned with hypothetical points of contact between the German scientist Johan Zöllner (1834-1882) and the Canadian/US visual artist Agnes Martin (1912-2004). Inspired by the latter’s geometrical motifs, the drawings plays on Martin’s carefully executed drawings and painting of lines and stripes, and Zöllner’s discovery that parallel lines appear to be tilted when they are intersected by shorter lines at a particular angle (“Zöllner’s illusion”). Although separated by time, geography and professions, through their methodical investigations into geometry both Zöllner and Martin explored various spiritual dimensions.