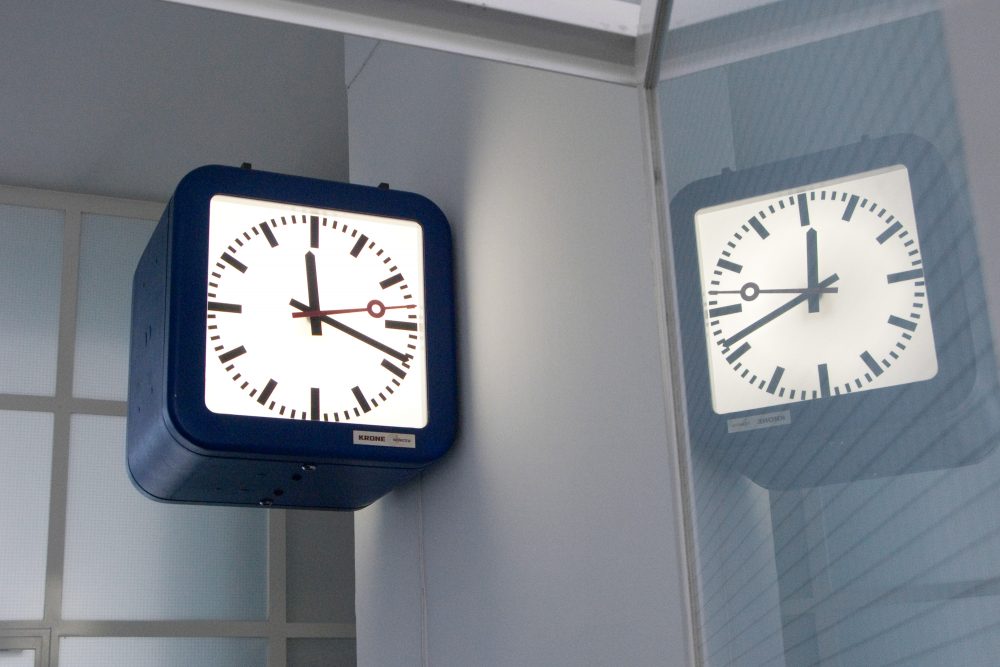 Mean Time is a clock contingent on global internet activity. The clock mechanism is controlled by a computer that continuously retrieves information about traffic online via pings to the biggest servers powering the internet, and, via hypothesis, registering the total traffic. When the traffic is high, the clock go fast, when traffic decreases the clock also slows down. Rather than representing time, the clock is guided by activity.

The clock case is a railway station clocks with two clock faces. Efforts to synchronize, standardise, and establish a global time is historically linked to the development of the railway network by the end of the 1800s, a process that is also related to the unfolding of capitalism and ideas of progress. As the railroad was responsible for an altered temporality for over a hundred years ago, from several local to one global time divided into time zones, the Internet is about to change our perception of time – both the time we use working in front of our computers and how humans in different places are connected day and night in a new time zone.

Produced with support from the City of Bergen and NBK/Vederlagsfondet.