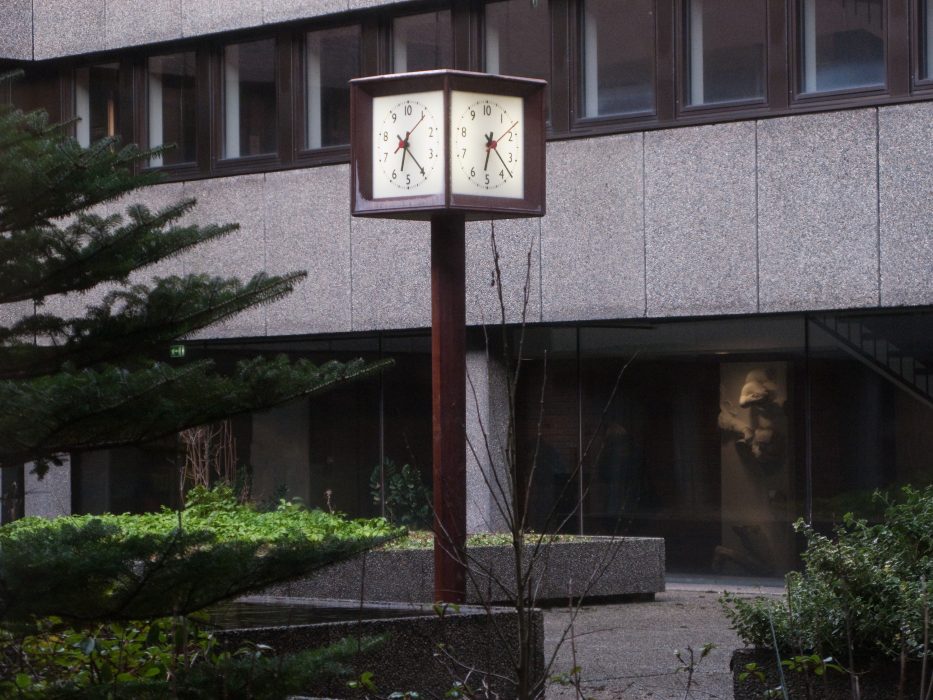 Various decimal time systems have been in use through history, the most well known being French Revolutionary Time which was in use for a short period during the French Revolution. Historical Time follows this timekeeping convention.

The clock, designed for the site, is permanently installed at the University of Bergen, Faculty of Humanities, Bergen. Inside the building, a series of prints relating to the topics of time and measurement are installed.