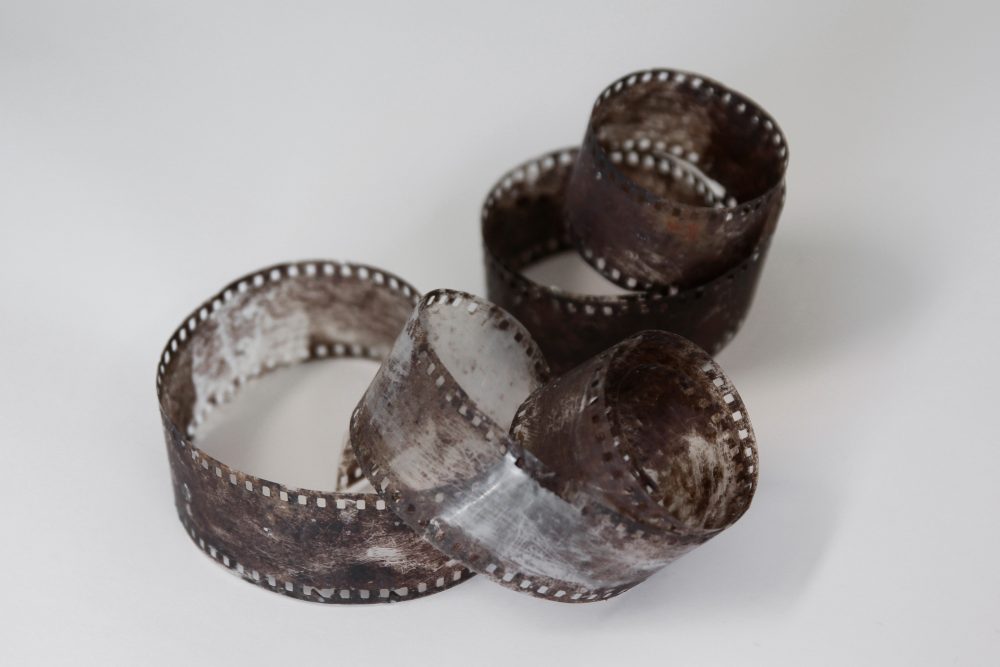 Irradiance is a fiction story based on a real piece of 135 mm film collected from the depths of the Arctic Ocean off the coast of Spitzbergen. The found film and additional photographic slides are shown with a custom built box projector, while a story about tulip gardening in the abandoned mining town Pyramiden is being told.

The 135 mm negative film was obtained on a research trip to Spitzbergen and was caught in the trawl of a group of marine biologists fishing for polar cod outside Pyramiden. Films such as this one has often been found in the trawls at this exact spot.

Commissioned by FRAC Champagne-Ardenne’s for their performance programme l’anniversaire#6 during the festival Reims – Scene d’Europe.