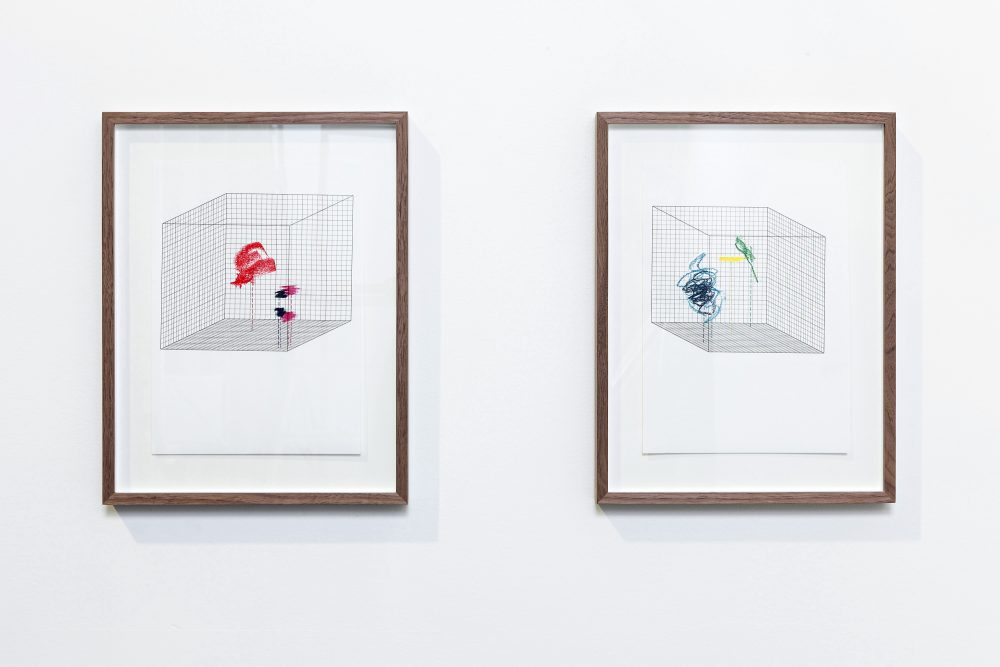 Impossible Pictures is a series of doodle-like drawings with grids printed on top. While neuroimaging technologies can produce images of the structure of the brain, mental images are impossible to capture and represent. The drawings are attempts to conjure images of the inside of my head based on efforts to do so that I made as a child: I wanted to draw how I felt my own brain, starting from a sensation that my brain created its own colours and abstract shapes, like internal pictures with no external referent.

The drawings in Impossible Pictures are made using the same ambiguous methodology as I did as a child. Clearly, the quest to create accurate representations of mental images was futile. Years later, my question was rather what it was I actually wanted to make representations of. These internal pictures could have been emotions; memories; after-images on the retina, or perhaps maps of the brain; a cross section of what I imagined my brain to look like; neurons firing, or a physical impression of the brain itself.