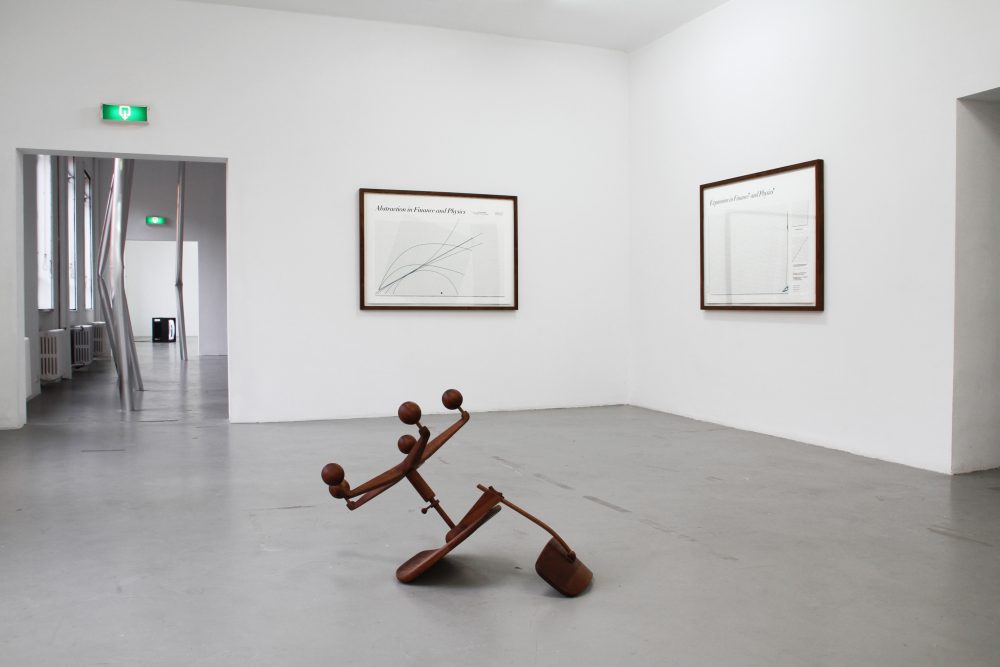 Expansion in Finance and Physics is a constellation of works addressing the subject of  how scientific theories are visualized and interpreted by way of analogies. By examining the concept of expansion and abstraction, the diagrams in this constellation of works takes possible correlations between astrophysics and the financial markets as a vantage point, while as the A4-sheets and the sculpted office chair speaks another language, as trivial objects turned into imaginary models drawing inspiration from visualizations in astrophysics.

Expansion is central to modern physics (after Einstein’s theory of relativity), and also a core concept in capitalist theory. The work is based on a speculation: That the theories on infinite expansion in physics have affected the notion of expansion in economics during the 20th century. The diagram Expansion is based on data from physics and economy journals, from which the frequency of the word ”expansion” and “recession” is mapped. A key aspect of the development in both physics and economy through modernity, as well as art, is the idea of abstraction, and this particular notion is explored in the other diagram, Abstraction.

The idea of such a correspondence between physics and finance is not so far from reality as it may sound. I.e. in the eighties several theoretical physicists moved from academia to Wall Street. Their methods and tools for solving complex and abstract tasks are apparent in the economy today. The word ‘expansion’ has different meanings in physics and economics, but it is also possible that these meanings inform each other. Could it be that the idea of an infinitely expanding universe coincided with an idea of seemingly limitless expansion in society and economics? Through the history of science, theories from physics has been used as models for understanding structures in society, for instance, thermodynamics has been employed as model in economic theory. Vice versa, models from social sciences has also had impact on natural sciences: ecology grew out of not only a study of nature’s economy, but also the economy of society. From different angles, the works in this constellation address how theories from academic fields inform each other.