A natural phenomenon … should at least maintain all of its poetry, for poetry subverts reason and is never dulled by repetition.
Jean Painlevé, “Mysteries and Miracles of Nature” (1)

Charles Darwin regretted losing his taste for art. By the summer of 1876, at sixty-seven, he felt that those parts of himself necessary for enjoying imaginative and aesthetic pleasures may have inexplicably withered: “My mind seems to have become a kind of machine for grinding general laws out of large collections of facts, but why this should have caused the atrophy of that part of the brain alone, on which the higher tastes depend, I cannot conceive.” (2) Novels (“works of the imagination, though not of a very high order,” as he deems them) are the exception. He liked to have them read aloud to him, during his breaks from work. Echoing the modesty that gives stylistic force to his best argumentation, he reports satisfaction with even an only “moderately good” novel. His chief requirement: that it have a happy ending.

Darwin’s conception of the imagination as the realm of invention, distinct from fact, opposes it, conventionally, to reason.(3) In On the Origin of Species the faculty appears as a constraint on popular belief, in the discussion of likely objections to his theory of natural selection. Considering the eye as an example of an “organ of extreme complication and perfection,” for example, he acknowledges: “To suppose that the eye with all its inimitable contrivances for adjusting the focus to different distances, for admitting different amounts of light … could have been formed by natural selection, seems, I freely confess, absurd in the highest degree.” (4) The move, of course, is rhetorical. He can and does then sketch a plausible evolutionary sequence for the organ, to the best of his knowledge, concluding that its seeming implausibility is dissolved by reason: “To arrive, however, at a just conclusion regarding the formation of the eye, with all its marvellous yet not absolutely perfect characters, it is indispensable that the reason should conquer the imagination.” (5)

The opening shots of Marjolijn Dijkman and Toril Johannessen’s Reclaiming Vision (2018) discover a frieze of googly eyes in fjord water, triggering a perceptual knee-jerk that connects to a fact that charges the work: the evolution of sight, pondered as “insuperable to the imagination” by Darwin, begins with pond scum, with the kinds of things that inhabit estuarial zones such as this one, where the Akerselva river empties into Oslofjord at Bjørvika. Photosensitive proteins are the starting point for this fact of sight, causing single-celled algae, protists, and other microbes – some of the ‘underwater stars’ of the artists’ motion picture – to swim away from or toward light. It may be common when looking at an artwork to think around what enables us to experience what we do, but when the visual system itself is thrown into question, we meet an unfamiliar timescale, well beyond human history, of some hundreds of millions of years. The lush beauty of what a light microscope shows us, or the sense of small wonder at observing a microcosm in a vial of brackish water, is undercut by the conceptually dizzying time span that connects us seeing them and the ability to see at all.

On the side of hearing and its historical preconditions, the cello prominent in the film’s soundtrack evokes a more readily imagined past. Linear and paralleling shifts in focus and framing that are produced by the turn of a knob or the movement of a slider, the instrument gives aural expression to the movement of an individual human body, in the frequency range and with timbral similarities to a human voice. Against the generically technological pulse of electronic clicks and static, it is an abstraction of European chamber music. Conveying a seriousness like that of the users of the microscope, it harmonizes with the precedence of individual curiosity in natural philosophy since the Renaissance. In fact, the cello was popularized in Northern Europe at roughly the same time and place as the microscope began to be taken seriously as a tool for practical and experimental inquiry, at the turn of the eighteenth century.

Listing microbial life forms and the rest of the waterborne cast in alphabetical order in the credits, the film presents nonhuman actants as actors. Further dignified when chanted reverentially in the third part of the film, these Latinate designations include an order of microplastics. One dimension of this detail is that Carl Linnaeus’s advances in taxonomy share the same geographical and historical moment as the cello and microscope. The psalmic singing meanwhile suggests an older, Christian heritage to the formation of scientific research. Fundamentally, Peter Harrison argues, science’s Enlightenment momentum was its power to restore a human dominion over nature, lost heretofore to original sin. (6) In relation to vision, Lorraine Daston and Peter Galison note a strong association between the visual and the factual in the period, part of a conception of scientific objectivity also morally inflected by Christian tradition. (7) If, as this film’s disclaimer states, any “resemblance to scientific research is coincidental,” then the suspicion immediately arises that there are implications here for science’s reputation.

The older Darwin reflects that living with a reduced appreciation for art not only represents “a loss of happiness,” but “may possibly be injurious to the intellect, and more probably to the moral character, by enfeebling the emotional part of our nature.” While accepting this serious, intellectual, and ethical role for the imagination and aesthetics, he is bound by a much more imposing tradition opposing heart and mind that today we are better equipped to see beyond. Any woozy oscillation we may encounter when contemplating this scenery conjured by lenses and doctored samples of Norwegian water, between eons and centuries, the human perspective and something larger than it, might, indeed, find some consolation in his experience. Music, he laments, “instead of giving me pleasure,” now “generally sets me thinking too energetically on what I have been at work on.” In a work like this, a blurring of thought and feeling, reason and imagination, seeing-as and seeing-that, is precisely the point.

(2) “Recollections of the Development of my Mind and Character,” written for his family and first published posthumously in 1887.

(3) On the way in which the imagination has been seen as a threat to science, see Lorraine Daston, “Fear and Loathing of the Imagination in Science,” Daedalus, vol. 127, no. 1, 1998.

(6) The Fall of Man and the Foundations of Science, Cambridge University Press, 2007. 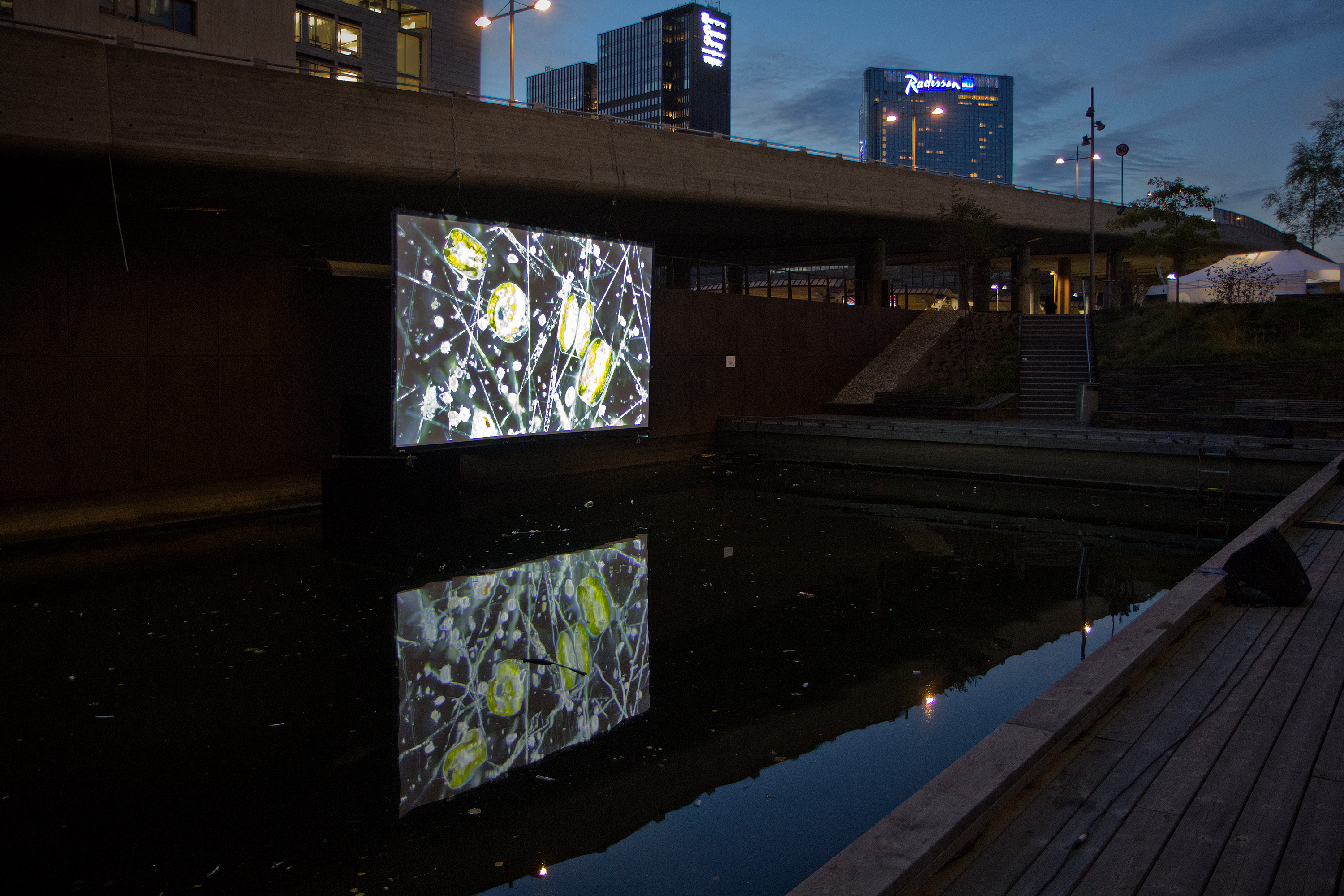 Jon Bywater writes about art and music, with a consistent interest in politics and place. He is a Senior Lecturer at Elam School of Fine Arts at the University of Auckland, New Zealand. His work has appeared in publications including Afterall, art agenda, Artforum, Art New Zealand, Frieze, Mute, Reading Room, South as a State of Mind and The Wire, as well as in many monographs and catalogues.

Reclaiming Vision: A neo-neo-zoological drama was published by NOME Gallery on the occasion of the show Marjolijn Dijkman: Navigating Polarities.

The film Reclaiming Vision, made in collaboration with Marjolijn Dijkman, was originally commissioned by The Munch Museum for Munchmuseet on the Move.